The city of Bordeaux is characterized by its exceptional heritage inherited from the 18th century, by great figures of the past who have made its intellectual (Montaigne, Montesquieu, Mauriac), cultural or political fame, and naturally by the wine that bears its name.

Bordeaux's heritage is plural: architectural and intangible, yesterday and tomorrow. Listed as a Unesco World Heritage Site, Bordeaux is a city of history resolutely turned towards the future.
Beautiful stones stand side by side with avant-garde constructions, statues and fountains, literature, gastronomy, and know-how and lifestyles. All this allows you to discover the city from several angles, between tradition and modernity.
Bordeaux abounds in pleasures that can be discovered on cruises on the Garonne to explore the Estuary, the Gironde islands and many more. Embark on a day or night stroll as you dine along the facades of the 18th century quays, listed as a UNESCO World Heritage Site. 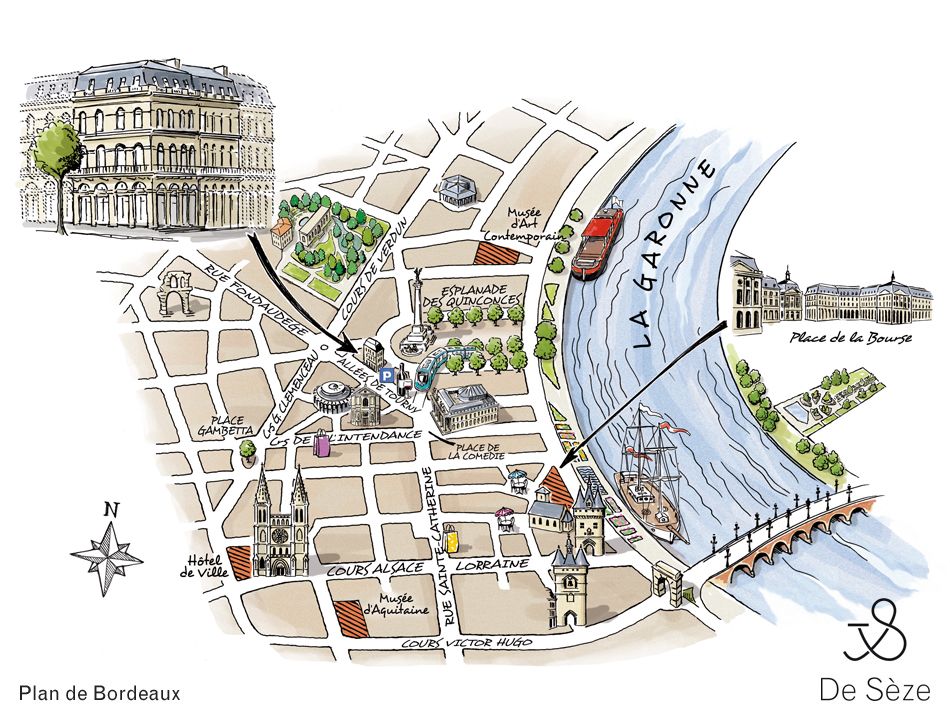